Home Business Gen Zzzz – Why Younger Workers Are Sleepwalking into Career Burnout by Age 24
Our website publishes news, press releases, opinion and advertorials on various financial organizations, products and services which are commissioned from various Companies, Organizations, PR agencies, Bloggers etc. These commissioned articles are commercial in nature. This is not to be considered as financial advice and should be considered only for information purposes. It does not reflect the views or opinion of our website and is not to be considered an endorsement or a recommendation. We cannot guarantee the accuracy or applicability of any information provided with respect to your individual or personal circumstances. Please seek Professional advice from a qualified professional before making any financial decisions. We link to various third-party websites, affiliate sales networks, and to our advertising partners websites. When you view or click on certain links available on our articles, our partners may compensate us for displaying the content to you or make a purchase or fill a form. This will not incur any additional charges to you. To make things simpler for you to identity or distinguish advertised or sponsored articles or links, you may consider all articles or links hosted on our site as a commercial article placement. We will not be responsible for any loss you may suffer as a result of any omission or inaccuracy on the website.
Business 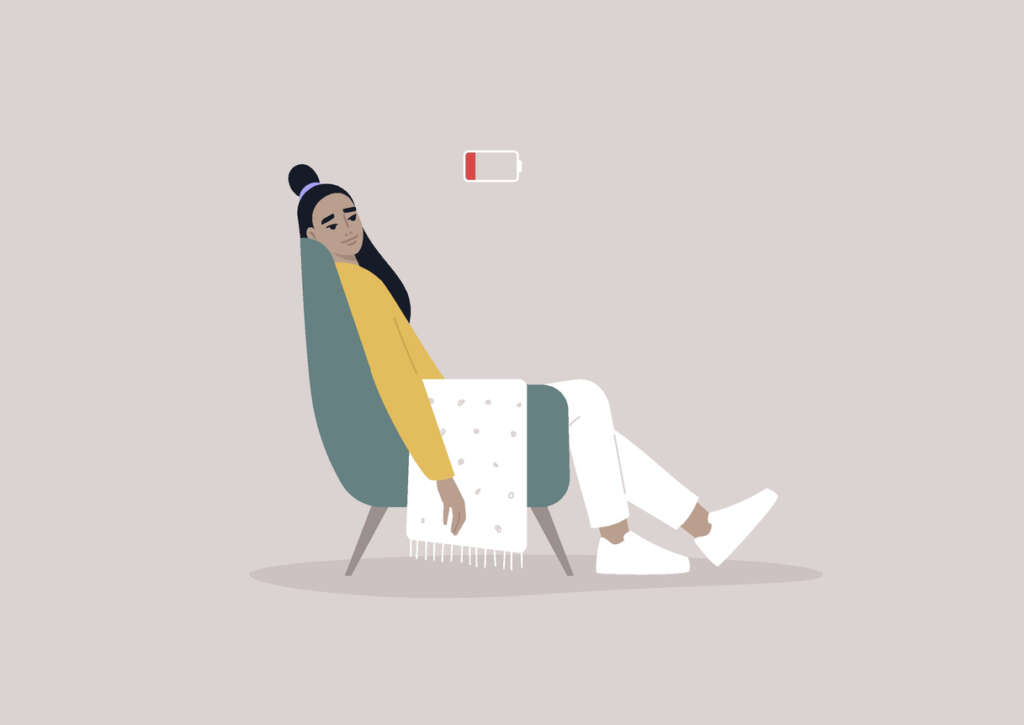 London, [27 October 2022] – Young professionals with their first foot on the career ladder are facing burnout by the age of 24 due to a perfect storm of factors affecting their well-being.

That’s according to new research by global health service company Cigna, which claims that the past three years, from the pandemic to the cost of living crisis and other current global factors, have left employees feeling exhausted, overwhelmed and re-evaluating their life priorities.

The report, titled Exhausted by Work – The Employer Opportunity, says that ‘The stress of the past three years continues to impact people’s health and well-being, with high levels of employee stress and work burnout, especially among younger workers.’

And it singles out the 18-24 age group, otherwise known as Generation Z, as the most badly hit, after the research among nearly 12,000 adults revealed:

Arjan Toor, CEO, Cigna Europe, said: ‘Exhaustion from work isn’t new. In previous economic cycles, we have tended to see workers trend back to employer/employee norms and increase time at work as they try to ride out the storm. However, the pandemic appears to have caused a deep shift in these accepted norms.

‘Employee stress levels, which dropped slightly in 2021, are now on the increase, and it’s the younger generation who are feeling the greatest impact. Across Europe, 77% of employees said they were stressed, but this rises to 86% for Gen Z, aged 18-24, and 81% for 25-34-year-old Millennials. We also see unmanageable stress now impacting a quarter (25%) of 18-24-year-olds, along with a huge 97%, experiencing work burnout symptoms with worrying symptoms that include headaches, loss of appetite and difficulty sleeping.

‘People in the UK are also struggling to maintain their current standard of living, with the economic outlook affecting many. There is a clear link between stress and financial security.’

The Cigna report concludes that companies need to act now to retain their young staff, invest in their development, and engage meaningfully in their workplace and broader lifestyle well-being.

According to the findings, two thirds of Generation Z say they’ve spent more time re-evaluating their lifestyle and lifestyle priorities and are thinking about making changes. Meanwhile 50% of 25-34 year olds say they would take a lower paid job if they could work fewer hours.

Arjan Toor, CEO, Cigna Europe, added: ‘There’s a gap in expectation between what employees want and what they’re currently getting. In the current climate where talent is either jumping ship if work conditions aren’t right or they’re Quiet Quitting – doing the bare minimum at work because they feel undervalued for effort put in – employers need to step up to retain and attract that talent.

‘For example, currently only just over a third (36%) said they are offered flexible working hours and location despite it being the top, non-financial criteria for job hunters. There’s also a need to examine the role of the office and ensure time spent there supports productive engagement, rather than the cubicle-led or headphones-on environment of the past.

‘More than half of people said the type of medical plan offered would be a decisive factor when choosing one employer over another and 47% want services that help them lead a healthier lifestyle. Therefore, employers need to look beyond their traditional responsibilities and build a culture that supports whole health, from mental and physical well-being to advice and support for broader aspects of their lives, such as access to financial advice or coaching.’

To debate the implications of these findings, Cigna has partnered with the Economist to host ‘Rewriting the Rules; Building a Healthy Hybrid Workplace’ on November, 1, 2022.  This webinar will feature Arjan Toor, CEO, Cigna Europe, alongside Cary Cooper, Professor of Organisational Psychology and Health, Alliance Manchester Business School, Andy Davis, Head of Future Workplace Strategy and Growth, Fujitsu, and Gertrud Ingestad, Director-General for Human Resources and Security, European Commission.  Click here to register.

For further information and to be kept up to date with the latest offerings and news from within Cigna Europe, visit https://www.cignaglobal.com/blog/company-news and https://comms.cignaglobal.com/wholehealth-europe.

Blending the physical with the virtual: the evolution of the business school campus at POLIMI Graduate School of Management

6 Benefits of Networking at Trade Shows

Blending the physical with the virtual: the evolution...

The UK’s Most Influential Companies & Their Stance...