Home Profiles Top tips on how to become a Successful Woman from Dani Wallace Founder and Fearless Leader of the #IAMTHEQUEENBEE movement
Our website publishes news, press releases, opinion and advertorials on various financial organizations, products and services which are commissioned from various Companies, Organizations, PR agencies, Bloggers etc. These commissioned articles are commercial in nature. This is not to be considered as financial advice and should be considered only for information purposes. It does not reflect the views or opinion of our website and is not to be considered an endorsement or a recommendation. We cannot guarantee the accuracy or applicability of any information provided with respect to your individual or personal circumstances. Please seek Professional advice from a qualified professional before making any financial decisions. We link to various third-party websites, affiliate sales networks, and to our advertising partners websites. When you view or click on certain links available on our articles, our partners may compensate us for displaying the content to you or make a purchase or fill a form. This will not incur any additional charges to you. To make things simpler for you to identity or distinguish advertised or sponsored articles or links, you may consider all articles or links hosted on our site as a commercial article placement. We will not be responsible for any loss you may suffer as a result of any omission or inaccuracy on the website.
Profiles 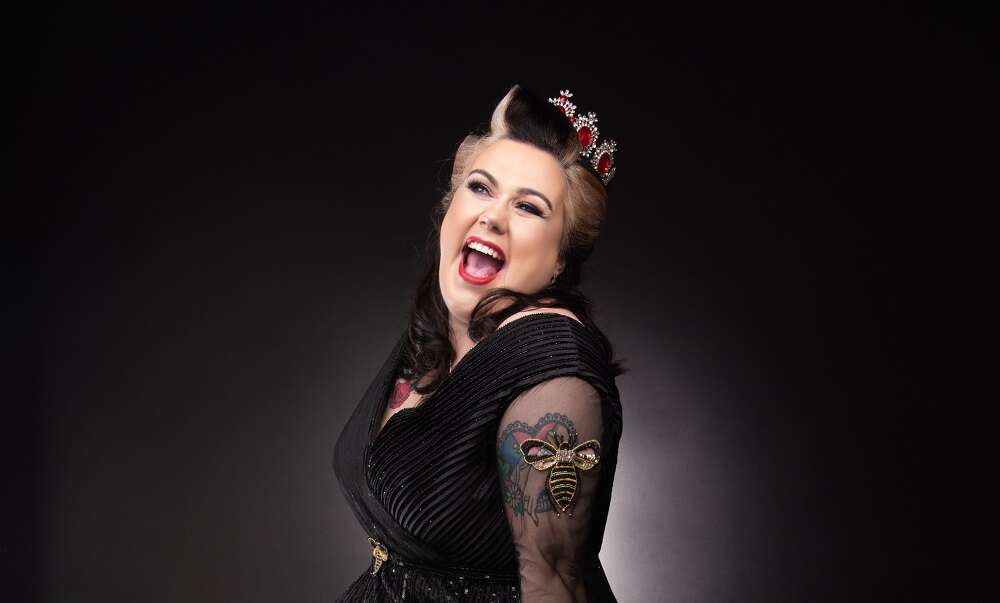 Dani Wallace, is the Founder and Fearless Leader of the #IAMTHEQUEENBEE movement – https://www.iamthequeenbee.co.uk/ . She is a Preston born Mum, Entrepreneur, best-selling author and celebrity speaker coach, who is on mission to help others to show up, wise up and rise up – no matter what their background or circumstances. Dani grew up on a council estate, she has survived the adversity of domestic violence, homelessness and single parenthood to become a leading voice in empowerment and has quickly become one of the most exciting motivational speakers to hit the UK stage in a long time! She has grown her business into a 6 figure salary in just 18 months and has been able to purchase a new dream family home.

Dani said; “Success isn’t something that was on my radar for many years, I was more used to surviving than thriving. I don’t believe that any entrepreneur hasn’t had to overcome some of life’s worst challenges along the way, but that’s what makes us bold, tenacious, innovative, and, in the end, successful.

“For me I’d lost myself in a vulnerable and then toxic period of my life, denying who I was and losing all sense of self worth. After finding the support and courage to make some changes in my personal life, it was a seemingly inconsequential kids’ movie that became the catalyst for everything I’m pursuing today and it’s taught me some lessons I’m applying in my business and family life, as well as in my charitable endeavours.

“I’d grown up in the Northwest with a love of singing and performing and travelled the world at an early age entertaining on cruise ships. In my early twenties, my family was keen for me to settle down and get a ‘proper job’, so I bought a house with my partner at the time and had my first child. Due to my natural presenting skills and ability to train large groups, I was very quickly talent-managed in the corporate sector moving into leadership training for multiple global brands.

“In 2008, just a few months after ‘settling down’ and having my daughter and sending our wedding invitations out, my partner called time on our relationship. This left me a lone parent on one income at the start of the recession. I remember feeling so unlovable and very vulnerable and was surprised when I was pursued by someone at work. I began a relationship which spiralled into domestic abuse – and as is common in domestic violence situations, I became pregnant with my second child. When I was just four months pregnant, the relationship came to a violent head – I escaped with the help of domestic violence services, but I was now a single mum of two and barely able to afford both the mortgage and childcare. I was forced into homelessness with my children and we survived by sofa-surfing until I was able to find a home I could afford. I spent the next five years rebuilding my life, accessing support and engaging with personal development. I realised the only time I sang anymore was doing the washing up and so I decided I’d like to get back on stage and become a singer again!

“This is when I met my amazing husband and with his support I performed on stages across the UK. This season of my life was really exciting but something felt unfulfilled. The lightbulb moment for me came for me whilst I was watching The Bee Movie with my three kids, and there was a quote at the start of the movie that floored me. It said that according to all known laws of aviation, there is no way a bee should be able to fly. Its wings are too small to get its fat little body off the ground. The bee, of course, flies anyway because bees don’t care what humans think is impossible. That’s when I started my business and movement – I Am The Queen Bee.

“That quote resonated around my own darkest moments and as I continued to rebuild my life I felt able to reclaim some of the power that I had relinquished for many years. I began to switch from thinking that success, wealth, happiness and all the good stuff were not for me, to believing that I just had to be more creative about making them happen. They were still my birth right -just like the Queen!. I totally understand that ‘I am The Queen Bee’ is a statement in itself but I truly believe that everyone can start stepping into being their own version of sovereignty.

“I invested my last savings when I went all-in for the business and it has been an incredible journey. My sole purpose is to help everyone to #flyanyway, by giving them the tools they need to do so. Now the leader of the “I Am The Queen Bee Movement (#IATQB) – it’s given me the freedom to help thousands across the world Show Up, Wise Up and Rise Up so that they can step into their success and break away from their history.

“You can reclaim your birth rights of success and abundance, you just need to get serious about making life changes, put your crown on, get positive and revel in your awesomeness!”

You can find me here!

SMEs: The Key to Global Sustainability and Climate Change Ambitions

How Does Contribution Margin Work?

What are Product Management and Why Do You...

How to transfer money from bank to bank

How to make money without a job

How to Make Business Cards in Word Help