Home News Myanmar junta chief makes another visit to Russia
Our website publishes news, press releases, opinion and advertorials on various financial organizations, products and services which are commissioned from various Companies, Organizations, PR agencies, Bloggers etc. These commissioned articles are commercial in nature. This is not to be considered as financial advice and should be considered only for information purposes. It does not reflect the views or opinion of our website and is not to be considered an endorsement or a recommendation. We cannot guarantee the accuracy or applicability of any information provided with respect to your individual or personal circumstances. Please seek Professional advice from a qualified professional before making any financial decisions. We link to various third-party websites, affiliate sales networks, and to our advertising partners websites. When you view or click on certain links available on our articles, our partners may compensate us for displaying the content to you or make a purchase or fill a form. This will not incur any additional charges to you. To make things simpler for you to identity or distinguish advertised or sponsored articles or links, you may consider all articles or links hosted on our site as a commercial article placement. We will not be responsible for any loss you may suffer as a result of any omission or inaccuracy on the website.
News 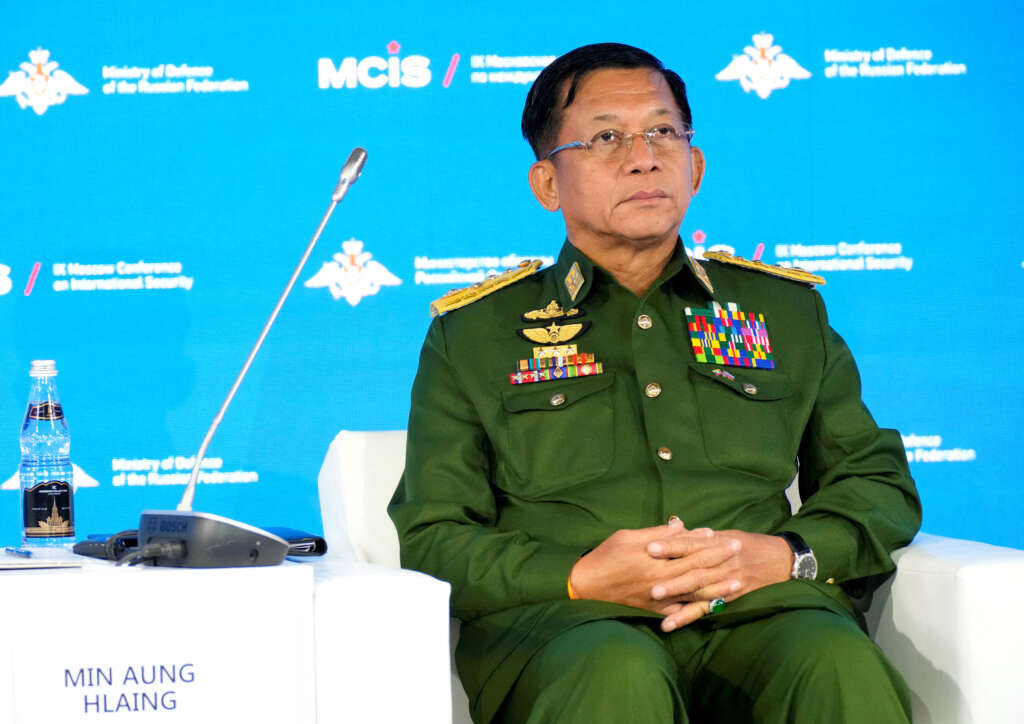 (Reuters) – Myanmar’s junta leader was on a visit to Russia on Monday, his second trip there in less than two months, as Myanmar’s ruling military tries to shore up one of its few diplomatic alliances as it comes under growing international pressure.

He first visited Moscow as leader in June last year, when both sides committed to strengthening military cooperation. He also visited in July on what Russia said was a private visit.

Russia, a main source of military hardware for Myanmar, was one of the first countries to voice support for the junta after the coup, at a time when it was receiving international condemnation over its use of lethal force against opponents.

Myanmar state media said he would attend an economic summit, visit landmarks, universities and factories and his ministers and senior military officials would meet counterparts and “cement friendly cooperation”.

Russia has been providing Myanmar with COVID-19 vaccines and Myanmar is planning to import Russian gasoline and fuel oil to ease supply concerns, as Russia looks for new sources of business amid Western sanctions over its invasion of Ukraine.

Myanmar’s junta has been hit by a raft of sanctions targeting the generals and the extensive business network the military operates.

The United Nations and activists have accused the Myanmar military of atrocities and crimes against humanity and have urged the international community to cut off arms sales, with Russia singled out for supplying drones, jets and air defence systems since the coup.

Myanmar’s military says it is fighting “terrorists” and is seeking to restore peace and re-establish democratic rule after a 2020 election it said was marred by fraud.