Home News How NGO Go Dharmic has Aided the Displaced: A Three-Pronged Response to the Ukraine Crisis
News

How NGO Go Dharmic has Aided the Displaced: A Three-Pronged Response to the Ukraine Crisis 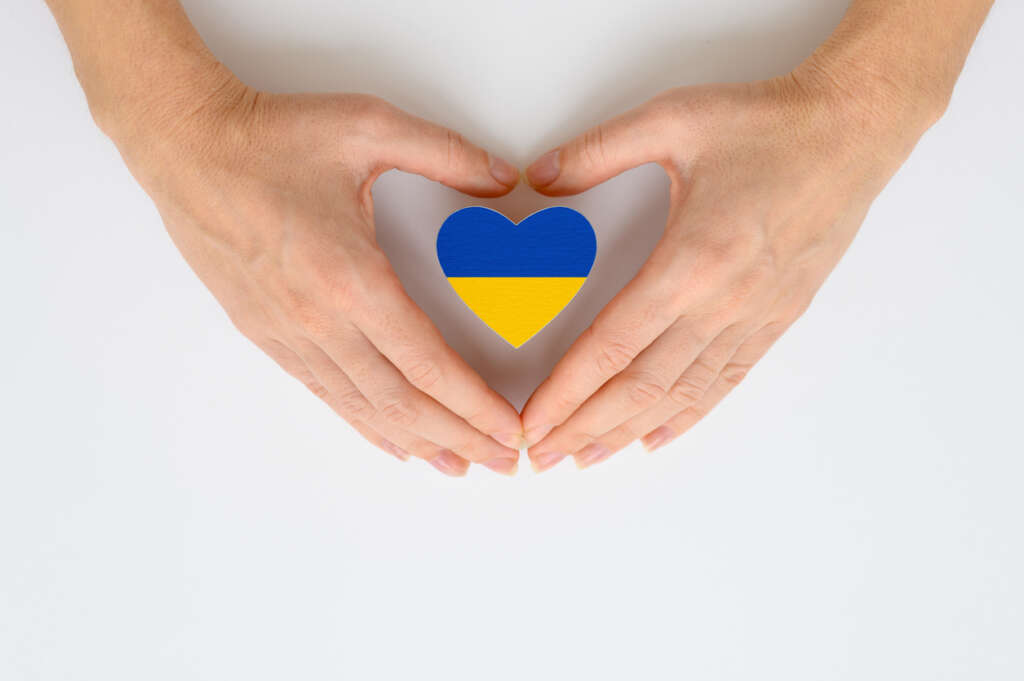 When the Russia-Ukraine fighting began nearly 3 months ago, Go Dharmic, a UK and India based NGO, answered with a three-pronged response based in the capital, Kyiv, and along the Polish and Romanian borders.

When Russia invaded Ukraine on the 24th of February, Go Dharmic fast tracked the creation of a Kyiv team, composed of local residents. Within 10 days the Kyiv team expanded to 8 volunteers, who committed to providing 500-600 warm meals a day. A few weeks later, the team more than doubled to 17 volunteers, who delivered 1000 warm meals a day, and also distributed clothing, blankets and medical supplies. Their efforts centered around those residents unable to evacuate: the elderly, the sick, and those staying to support Ukraine.

Along the Polish and Romanian borders, Go Dharmic initially supported new evacuees with emergency parcels, and food distributions. These parcels contained warm clothing, food, blankets, essential hygiene and sanitary products, and medical supplies. Volunteers on the ground reported that most of the conflict victims arrived with few positions, other than the clothes they were wearing, and these packages were crucial for mental and physical well-being.

3 weeks into the invasion, the Go Dharmic border teams set up documentation, communication, and travel responses. These teams assisted those trying to evacuate, find  the best transport routes, and coordinate between separated family groups.

When the number of Ukrainians fleeing increased, Go Dharmic created a further base of operations in Medyka, Poland. At this base, the volunteers served refugees directly once they crossed the border. They helped refugees find accommodation and set documents in order, as well as support them with food and water. Around 22,000 refugees were aided through the modest 35 Go Dharmic volunteers situated there.

On the Siret Border, Romania, Go Dharmic issued emergency packages, whilst also supplying local government groups with technology and electrical equipment. These resources were used to help maintain the smooth ingress of persons.

Through their partner, Barnet Youth Foundation, Go Dharmic provided sanitary products for women and children around the borders. This was an urgent request so the products were flown by private jet for free to the borders.

“It was extremely shocking for us to have first hand exposure, seeing young women and children carrying their whole life in a couple of bags, trying to find somewhere comfortable enough to be able to sleep in the station, having just left their husbands, fathers, and brothers in a war zone. In particular, seeing so many young children was very upsetting and drove home to us just how serious a situation it was, and how imperative it was to do everything we could to help.” — Martin Dover, Go Dharmic

In the last month, Go Dharmic funded the accommodation of 25 refugees in Jelenia Gora, Poland. Their gas, electricity, heating, food, and rooms were covered by Go Dharmic’s partnership with The CONVIVO Foundation. The CONVIVO were originally a local Polish organisation with a mission to support young people working in the fields of art and science. Yet, due to the immediate need caused by the Ukrainian crisis, the group shifted their focus to supporting refugee families. The Go Dharmic contacts in Jelenia Gora found jobs for the adults, and schools for the refugee children. They took great efforts to bring the refugees into the community and establish a semblance of normality — with the children even taking part in a choral performance.

More recently the Kyiv team, led by long-term Go Dharmic volunteer, Denis Yurich, expanded their area of operations to Chernihiv. Devastated by bombings, and with civillians trapped in shelters, Chernihiv was suffering from severe damage to the electrical infrastructure. Certain bunkers were stuck without any power for days at a time, and those that attempted to fix or reroute power above ground were in constant danger. Through Go Dharmic funding, Yurich and his team purchased a generator for one of the affected areas. On top of that, the team also supplied shelters, emergency hospitals, and the army, with 30 bulletproof vests, 50 first aid kits, thermovision cameras, and nutrition packs for babies.

Go Dharmic’s founder, Hanuman Dass offered “From a human perspective, we’re all interconnected, and the whole idea is that we’re trying to have a peaceful and loving world. We want this war to stop immediately. We need the suffering to stop. We want people to live happy and normal lives.”

To abstract, since Russia invaded Ukraine, Go Dharmic has given over 35,000 hot meals, 12,000 kg of fruit, 455 kg of nuts, accommodated 25 people for 2 months, supplied a generator, distributed thousands of emergency packages, supported thousands of refugees with travel and documentation, and assisted with tech support.

It comes across that without their assistance, many Ukrainians would be in a far worse position. They have provided support where governments have been slow to react. They continue to recruit volunteers and supplies globally.

To find out more or to volunteer with Go Dharmic, visit: https://www.godharmic.com

Job availability is at six year high for...

Application owners must be ready for the first...

Finally, a single source of truth for Network...